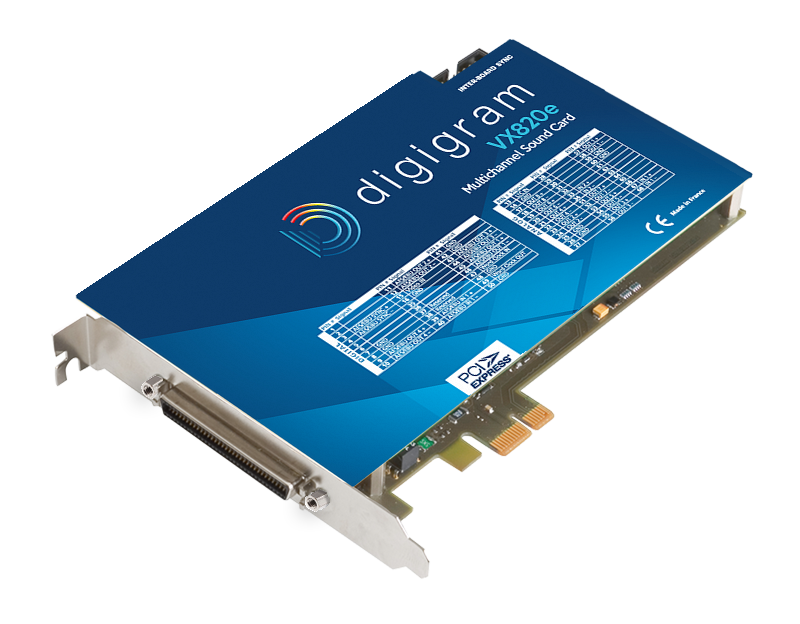 VX820e is a linear PCM sound card designed to be used through the following standard driver interfaces: WDM kernel streaming, DirectSound, WASAPI, ASIO, and Alsa for Linux.
It can also be used with software applications based on Digigram proprietary Application Programming Interfaces (APIs) under Windows operating systems, so as to benefit from the available on­board features: PCM audio mixing, cross­fades, timed­based and event­based functions. VX820e card does feature on­board support of MPEG audio and time­scaling.

How can I adjust my VX/PCX audio levels

When the driver is installed, the DHS software (Digigram Hardware Settings" is installed. Just run that software to have access to the IN/OUT level adjustments.

How to select the AES input ?

In the DHS you have to set the clock to AES/EBU Sync to be able to select the AES input.

I am facing a BSOD when using my VX sound card

We face issue on HP computer with the DMA management. To avoid BSOD, you have to disable the DMA protection in the BIOS

My recent HP computer do not boot with a VX, PCX or LX-MADI sound card

If you encounter similar problems with other HP references, kindly have a check in the support.hp.com  website for individual BIOS updates since there is no constant firmware available for all of these models.