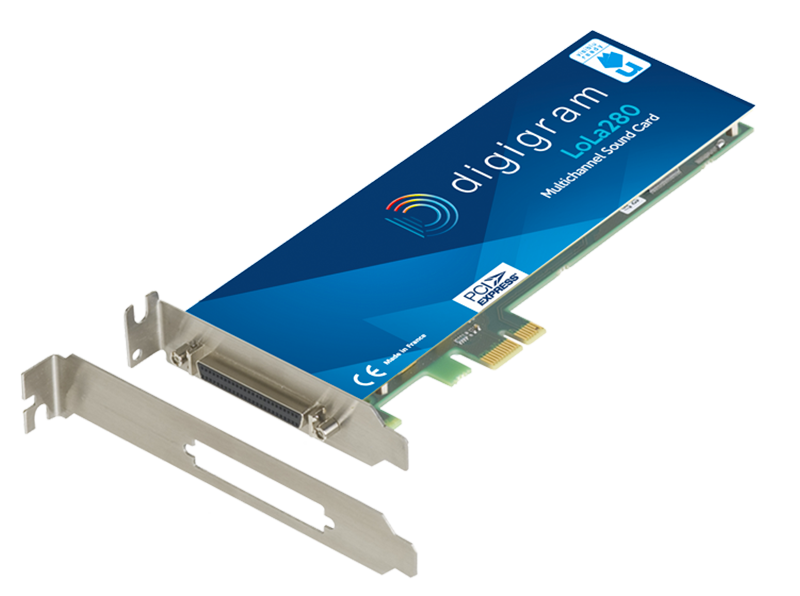 LoLa280 is a low latency linear PCM sound card with 8 stereo analog inputs and 2 stereo outputs. It is designed to be used through the following standard driver interfaces: WDM kernel streaming, DirectSound, Wasapi, ASIO, and Alsa for Linux.
Under Windows, the card features 8 recording channels (4 stereo devices), and 8 playback channels (4 stereo devices) that are mixed to the 2 physical outputs.